Our Board is made up of Local Business People who have excelled in their chosen profession. 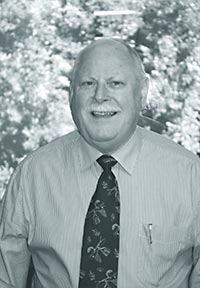 Rex is an academically highly qualified, experienced educational professional whose work as a teacher, lecturer and tutor in education has encompassed all levels including schools, private and state colleges, institutes and universities.

In his previous senior management position at TAFE, Rex was responsible for the financial, human resources, administration and organisational direction within his designated business area. He has acted as a consultant for TAFE to design, organise and deliver personalised training programs to meet industry needs. He was also called on to carry out performance assessments on teachers and trainees.

Rex has been committed to community service since 1961 working with the St Vincent de Paul Society where he is currently Conference President. His work involved direct coalface experience with homeless men through the Mathew Talbot home for homeless men. He has also been an active member of Surf Life Saving Australia and served in the Royal Australian Naval Reserve, the Royal Volunteer Coastal Patrol and spent 10 years as a volunteer guide with the Royal Australian Artillery society Museum at North head.

Besides giving his time to his Directorship with our organisation Rex is a referee with the Cerebral Palsy Alliance Bocce sport which is conducted at state, federal and international levels. 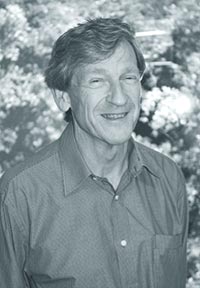 David started out to be a secondary school teacher, having obtained a teachers’ college scholarship, but changed mid course to take up a position in market research with George Patterson Advertising. Three years later he travelled overland to Europe, lived in London for 5 years, working freelance in industrial market research.

By the end of his time in London David had established his own business, designing and assembling modern furniture and accessories sold to UK retailers. On the sale of this business in the UK, David opened a similar business in Mona Vale, which operated successfully until its sale in 2004.

More recently David launched the Newport versus Woolies Community Group, set up to fight a proposal by Woolworths to build a giant supermarket in Newport Village. With the strong and vibrant support of the community, there is now great hope that this development, if realised, will be community friendly and appropriate for a small village such as Newport. 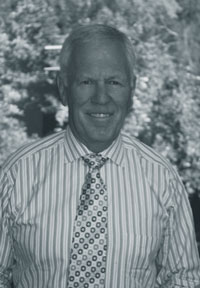 Leigh brings to the Board a wealth of business experience having worked with major retailers such as Myer and David Jones in building leading fashion accessory brands for the retail market throughout Australia and New Zealand. His work took him to all corners of the globe which afforded him the opportunity to hone his international business skills dealing with the complexities of a wide range of differing cultures and national political ideologies.

Having lived most of his life on the Northern Beaches, Leigh was determined to support his local community by establishing the head office in Warriewood when he took over ownership of the fashion accessory icon, the Fiorelli Group with over 70 employees and retail outlets in Auckland, Melbourne and the city and suburbs of Sydney.

Following the sale of the business, after a short break, Leigh decided to utilise his negotiation and business experience together with his extensive local knowledge in developing a second successful career in the commercial real estate industry on the Northern Beaches.

Angela worked in Multicultural Education/Equity Programs for a period of 20 years, working with an array of students implementing Cultural Transitioning Programs in Sydney Harbour to Sydney Hawksbury Region.

She continues to support community initiatives and volunteers her spare time within her own Serbian community.

Neil Evers was born in Collaroy NSW, raised in Mona Vale and went to Mona Vale Public School. When Neil left school he became a butcher learning how the bones and the joints are connected, which then became a passion yet to be fulfilled. After leaving butchering for a completely different job, Neil was offered the cleaning contract on 6 blocks of home units and started his own cleaning business - Mona Vale Cleaning. The business went from success to success. Mona Vale Cleaning featured on the TV program 'The Money Show' as a successful business run from home.

Neil started Peninsula Massage in 1991 after graduating from a 12-month Remedial Massage course. Neil organised masseurs for the Pub2Pub Fun Run for 10 years, as well as for the Newport Surf Club Big Swim.

He held the position of National President of the Association of Remedial Masseurs and is a registered Justice of the
Peace.